Nat Pagle, Angler Extreme
Ok, here is a guide to the Artisan Fishing quest. I hope it helps, I will try to keep it up to date. But since, I won't be doing the actual quest again I will have to go by what I hear and read. It is written from an Alliance standpoint but I am sure Horde will be able to figure it out (maybe with a little help, since they are Horde anyway).

Let me introduce myself first. At the time of doing the quest I am a level 45 human priest on the Aggramar server. I had fishing at around 175 and hunted down a big iron pole at around levl 30 in preparation for the fishing competitions rolled out in the 1.7 patch. I have yet to do any of the competitions as I hear most people who try have 300 fishing and all the uber gear already. We'll see how that goes eventually I am sure.

First of all you need to be level 40 from what I hear and have fishing at 225 before you get the quest. I went to visit Mr. Pagle at level 45 with ~200 fishing just to find him and he would not offer me the quest. When I hit 225 I ran there lickedy split and he gave me the quest. He is located near Theramore out in Tidefury Cove at location 58,60.

There are a variety of 40ish mobs around him in the water so be careful if you try this quest at level 40.

He sends you on a journey to catch 4 different fish (imagine that, for artisan fishing you have to go on a fishing trip). This are all fairly simple catches just time consuming for all the travelling (hope you have your mount).

Catch number 1 is Misty Reed Mahi Mahi in the Swamp of Sorrows. The Duskwood or Nethergarde flight paths are closest. The strand is located on the east side of the swamp. You can run along the north wall to be safe but at 45 I ran down the road and didn't have much trouble. I sat at the far northern edge for quite some time (even afk at times) without any aggro. So that seems like a decent place to fish. I didn't use any lures here. Caught a bunch of crap fish (cod, yellowtail and a few blackmouth/firefins). Got the Mahi Mahi on about the 30th cast, the longest by far. This was my last fish in the group so it goes along with my "The last quest item to get always takes forever to get" theory that I have yet to prove. 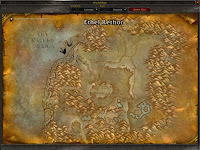 Catch number 2 is a Sar'theris Striker on the strand in Desolace. From the Feathermoon flight path I ran north into Desolace and then west to the beach. There are some high 30s mobs there but if you are careful you won't have trouble. I had to kill one of the crablike humanoids on the beach but I could have avoided him. I caught the Striker on about the third cast with no lure. I can't remember what else I caught, nothing too amazing though. 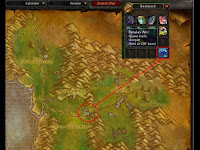 The third catch is the Feralas Ahi. The hardest of the group. Grab the Thalanaar flight path from Theramore and follow the road through Feralas to the river. You have to detour around Mohache but I am sure you have done that by now anyway. You could grab the Fethermoon flight from Auberdine I think then ride east to the river too. It didn't take long for the catch but after 3 cast that got away I used a bright bauble. After that I think I caught the Ahi in just 3-4 more casts. Not too difficult. 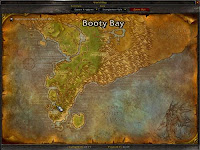 The fourth fish is a Sailfin from the Savage Coast of Stranglethorn Vale. I got there from the Booty Bay flight path in SW but you could run south from Duskwood or even Westfall then west to the beach I imagine. I levitated and ran north out of Booty Bay and over to the southern beach. I had to kill 1 buccaneer but I could have easily avoided her too. After about the 4th cast with no lure I had my Sailfin.

After that, it's back to Mr. Pagle for the turnin. Congratulations, now how many nightfin snappers will it take to get to 300?

Maps courtesy of your local Thottbot.